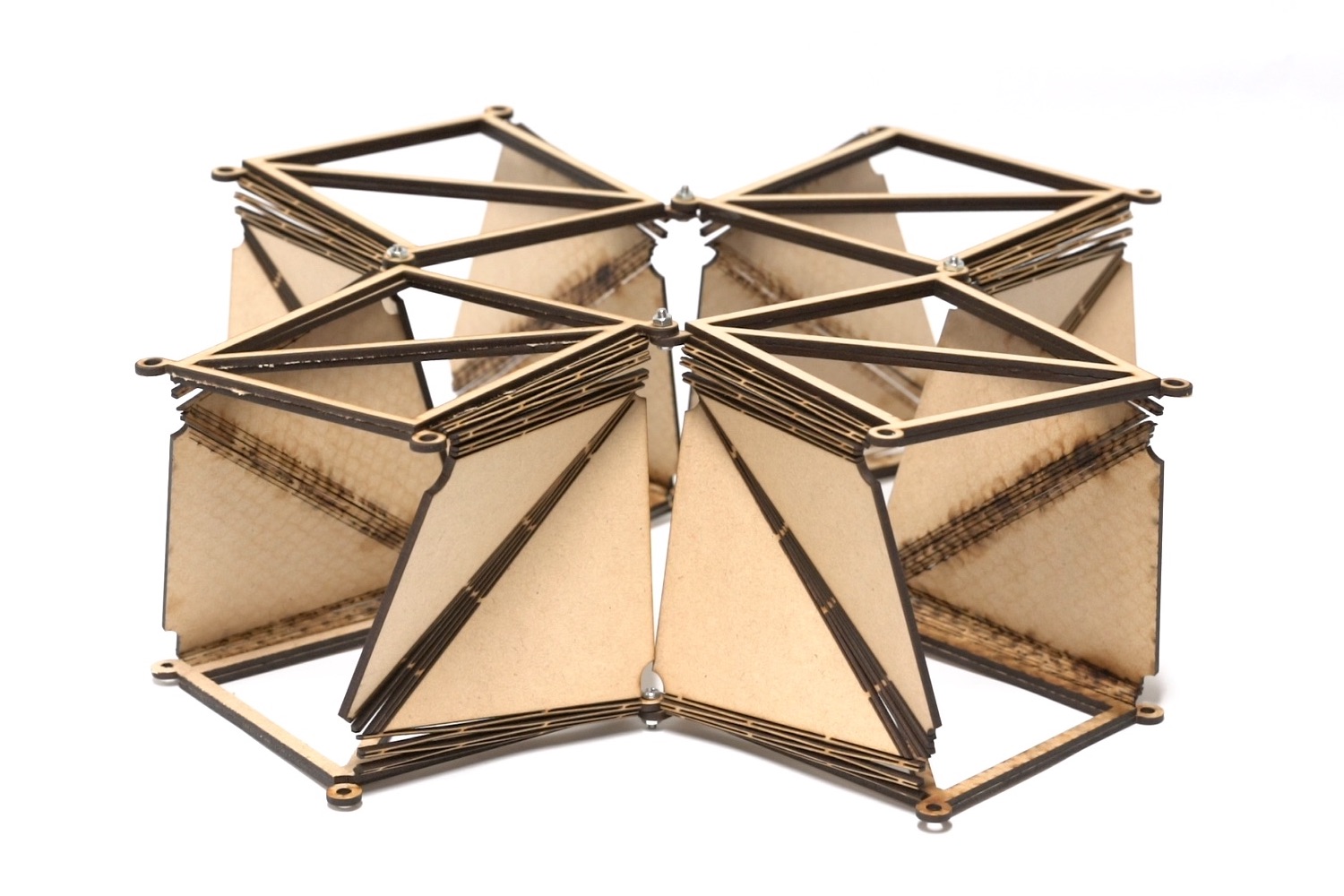 therefore, it is bistable. In the previous Ron Resch patterns [R.Resch and H.Christiansen. 1970; R.Resch 1974], the deformed structure could not be used easily in the real space because it is based on thin materials such as paper (Figure 2). However, because we used thick materials such as MDF in this structure, we propose a model to deform the structure by quasi-rigid folding. In the proposed model, we can collapse the structure so as to not occupy the physical space when not in use and expand it again with reasonable level of strength within a short period.

Moreover, because this structure is made up of voxels, it can be visualized directly by volume rendering, thus easily enabling various designs depending on the application or situation. In addition, this structure is an integrated design that can be produced using common fabrication tools (laser cutter, 3D printer, etc.), except for the screws used at nodal points. Generally, a long time is required to mold multiple parts independently. However, this design enables fabrication using a laser cutter, and thus, it can be processed quickly and inexpensively. Furthermore, because it can also be printed using a 3D printer, we believe that materials can be swapped depending on the application and that versatility will be enhanced. 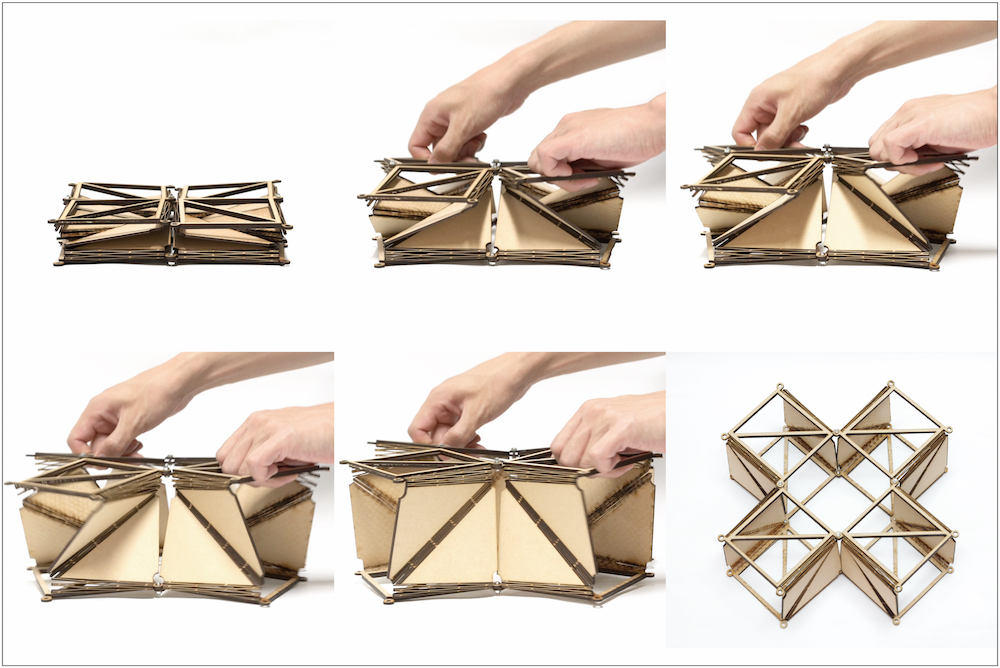 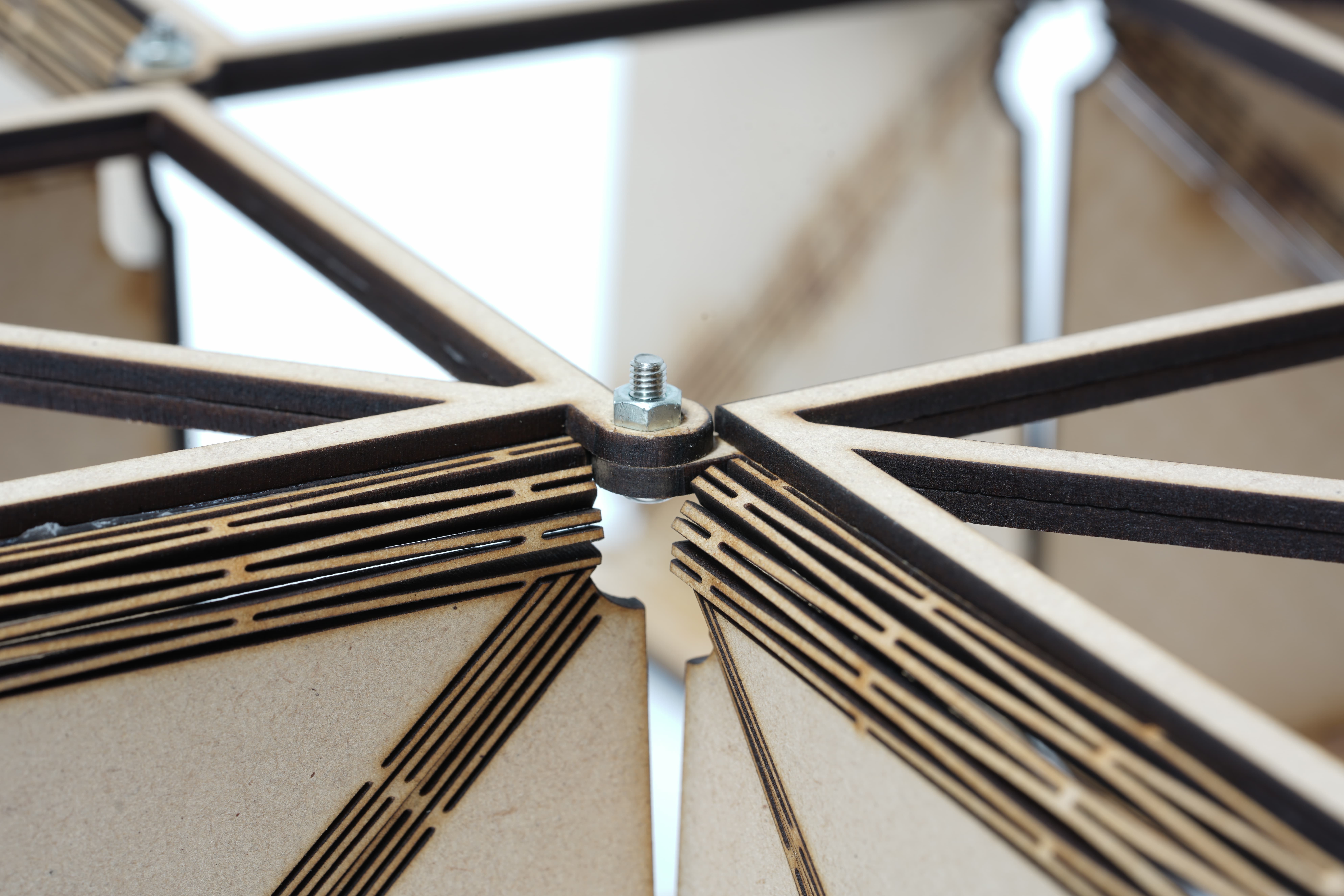 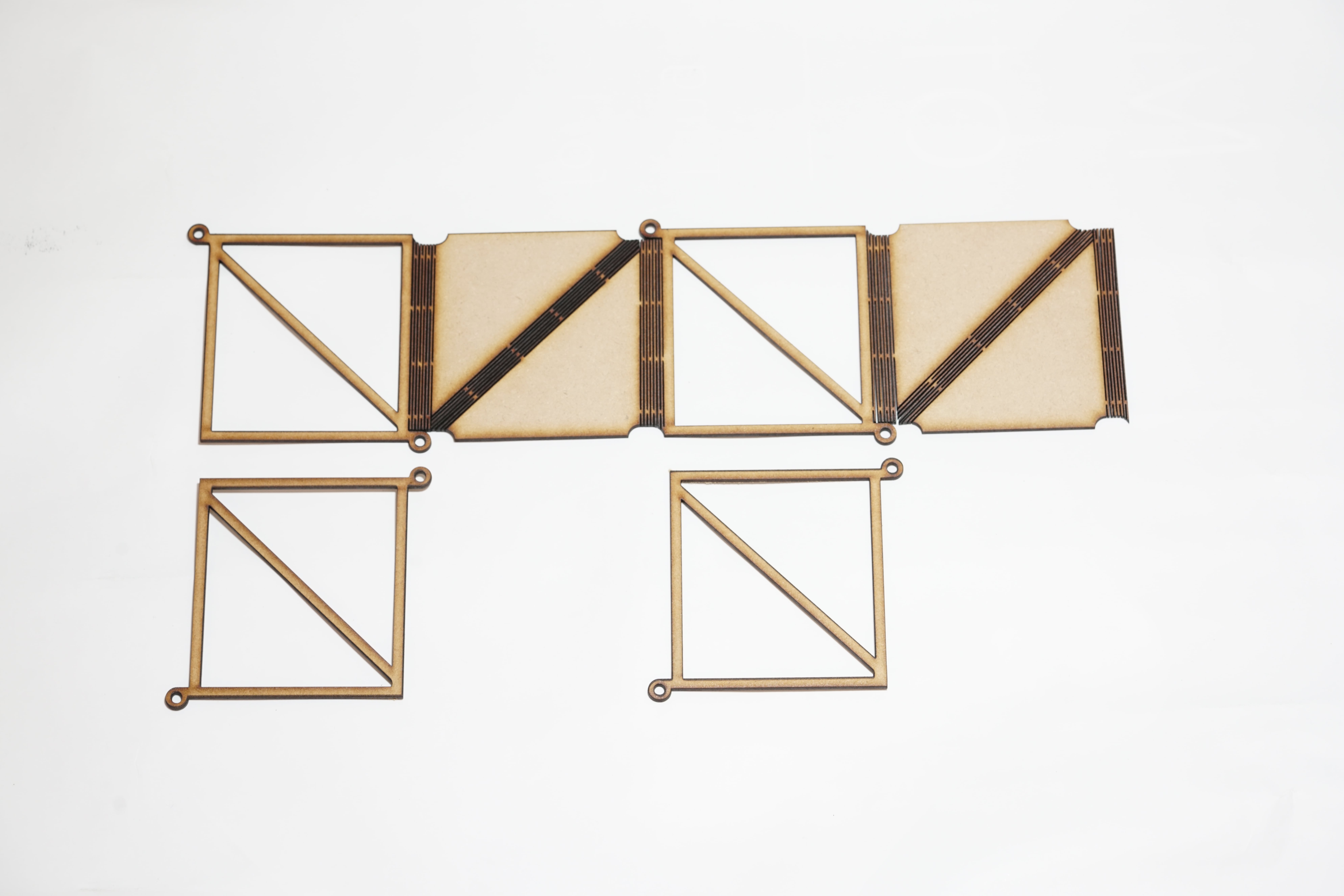